By the start of 2010 the Android platform had been around for fifteen months but some cracks were beginning to appear in Google’s strategy to revolutionise the smartphone industry. Part of the problem was that manufacturers were trying to customise the OS rather too much which was leading to fragmentation, they were also very poor at providing software updates and prices for higher-end devices were quite expensive.

Microsoft had suffered a similar problem with their Windows phones – weakness in the user interface with that operating system had resulting in different manufacturers reskinning the OS to make it more appealing. This meant that your experience with a Windows phone from HTC would very different to one made from Samsung or Motorola. This was a problem that rivals Apple and Nokia didn’t have because they completely controlled both the OS and the hardware.

Google’s response to this was the Google Nexus One, a device made for them by HTC. Competing in part with the iPhone 3GS, the Nokia 5800 and a multitude of Android and Windows phones, the Nexus One beat most of them when it came to both hardware and software. The 3.7” 480 x 800 pixel AMOLED display beat almost everything else in its class, the 5 megapixel camera was pretty good and the whole package looked attractive even if the styling betrayed that it was an HTC underneath.

Initially the idea was that Google would sell the Nexus One to consumers at $530 or €370, which was good value for a high-end SIM-free smartphone at the time. However back in 2010 customers were cool on the idea, preferring to get their phones subsidised with a contract.

Despite the attractions of the device, sales were slow. Google shifted away from direct sales in mid-2010 and tried to attract carriers to the device, with only a moderate amount of success. Customers were unhappy with the quality of the OLED screen to begin with, the Nexus One was modified for a more traditional Super LCD display a few months in (although this was mostly down to manufacturing issues). There wasn’t much in the way of marketing either, so while mobile phone fans might have known about it... many others didn’t. 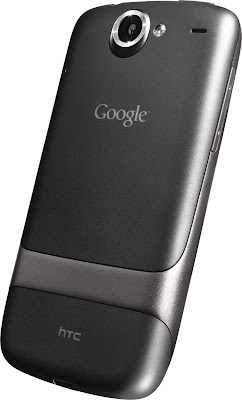 But still, the Nexus One was meant to set an example to other manufacturers about how to do it and to some extent sales were not important. The other thing that Google wanted to do was show that software updates could be done quickly, rather than dragging on more months with other manufacturers (especially handsets tied to carriers). And Google were as good as their word, updates hit the Nexus One very quickly and everyone was happy… right up until the point that Google announced that the Nexus One wouldn’t be getting an upgrade to Android Ice Cream Sandwich in October 2011 because the hardware was “too old”. This was for a phone that was less than two years old and was now effectively on the scrapheap – and just as a comparison, the contemporary Apple iPhone 3GS ended up with software updates for five years.

Despite all of these woes, Google stuck with the Nexus project with a variety of partners such as Samsung, ASUS, Motorola and HTC (again), LG - with the final Nexus model being built by Huawei in 2015. After that, Google dropped the Nexus devices and instead brought out a more expensive range called the Google Pixel to somewhat mixed reviews and moderate success.

Google’s involvement in Android got more complicated when they bought Motorola’s mobile phone businesses a year after the launch of the Nexus One, only to asset strip it of patents and sell the desiccated husk to Lenovo in 2014. In 2018 Google bought part of HTC but as yet haven't turned this fading company around. Overall, Google’s foray into producing its own handsets was probably not the decisive influence that Google wanted it to be. Would it have made any real difference if they hadn't bothered?