These days all phones tend to look rather similar, but in the early noughties Nokia came up with some interesting ideas to come up with something different. Unlike some of the more unusable ideas, the Nokia 3200 and 7200 were much more conventional –and usable - devices. 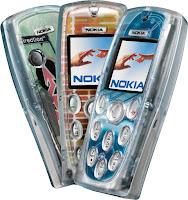 Nokia had pioneered the idea of Xpress-on covers where you could change the look of your phone by changing the panels, indeed you can still do that today. The Nokia 3200 took it further – it was a phone where you could design your own covers and make your handset truly unique.

The secret was the transparent case, underneath this you could fit covers you printed out yourself with any design you wanted, or you could use one of small selection of pre-printed covers. The phone itself was a rather basic 2G affair but it did come with a built-in flashlight. And of course the Nokia of 2003 gave you a weird keypad too which could be a bit tricky to use.

Adding something like this to a modern smartphone would be possible but perhaps tricky, and indeed one of the criticisms of the 3200 was the flimsy-feeling case. 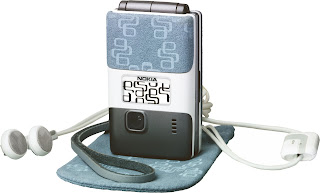 Rather more upmarket but still visually unique was the Nokia 7200. This was Nokia’s first clamshell phone, and instead of going for something bland and silver they came up with something much more imaginative.

The key fashion feature of the 7200 was the fabric Xpress-on covers. These came with a matching bag and also matching themes on the phone itself. A sort of retro-futuristic design overall made the 7200 look very different from the competition.

From both a tactile and design point of view, fabric seems like an obvious choice for a smartphone cover. Sadly it seems not to be a choice that modern manufacturers are willing to offer.

Both the Nokia 3200 and 7200 are pretty commonly available second-hand with prices for the 3200 starting at £30 or so and the 7200 starting at about £60. Although neither phone changed the world, their design is certainly an antithesis to modern blandness. 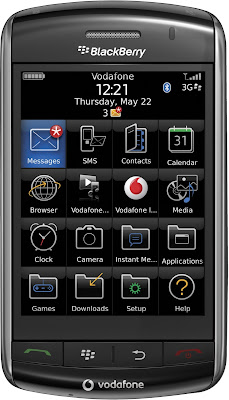 By late 2008 it was nearly two years after the launch of the original iPhone, but there was still everything to play for in the newly popular smartphone market. Nokia had launched the 5800 XpressMusic, Google had partnered with HTC to make the T-Mobile G1 and even Windows phones were showing some useful developments. But nothing could quite manage the polish and attention to detail that Apple had.

So when RIM started working on a touchscreen device there was much anticipation that their expertise would come up with something class leading. When the BlackBerry Storm 9500 was announced in a blaze of publicity and it was dubbed an “iPhone Killer”.

On paper it looked pretty good. The screen was a bit smaller than the iPhone but had a higher resolution, the camera looked promising, it had GPS support, a removable battery and expandable memory but for some baffling reason there was no WiFi. Expectations about the software were very high, RIM having gained a reputation for making an effective platform for both businesses and consumers.

In reality the BlackBerry Storm was a disaster. One of the main problems was the screen – instead of making a simple touchscreen, RIM had tried to reproduce the feel of a traditional keypad using a system called SurePress, which simulated having to press down on the screen to do something. It was awful, in particular when used with the virtual keyboard. But it didn’t stop there, the entire user interface was a badly-implemented rehash of traditional BlackBerries and it lacked the ease-of-use that Apple was offering. Despite the proven strengths of RIM’s software offerings, the user experience was pretty abysmal.

But there was more – the camera should have been better than the iPhone but really only produced fuzzy approximations of real life, the lack of WiFi turned out to be a big deal, it was slow and had limited memory, and it was much chunkier than the iPhone to carry about. 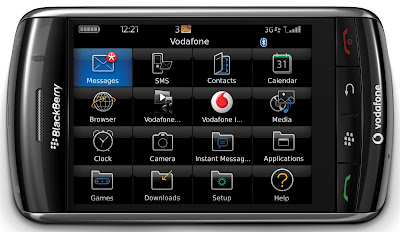 In short, it was a disaster. Famously, Stephen Fry gave it a withering review while at the same time praising the BlackBerry Bold 9000, concluding that “the Storm could teach an industrial vacuum pump how to suck”. While other reviewers were perhaps less eloquent, the feelings were very widespread. And although initial sales were not bad, word quickly got around and it was widely recognised for the lemon it was.

RIM took on board the criticisms and fixed at least some of the problems with the Storm2 launched a year later. The Storm2 added WiFi and improved the user interface and tricky SurePress display, but the Storm’s reputation preceded it, and because the Storm2 was basically a bugfix the specifications were looking rather out-of-date in late 2009.

In 2010, BlackBerry tried again with the Torch which combined both the touchscreen and a slide-out physical keyboard. It was a moderate success, and quite popular with existing BlackBerry customers but it didn’t win anyone else over. In 2013, RIM tried again with the all-touch BlackBerry Z10 which ended up as an even bigger disaster than the Bold. Overall, you could say that RIM didn’t have much luck with touchscreen devices.

If you like to collect high-profile failures, the BlackBerry Storm is easy to come by and inexpensive with prices starting at £30 or so for good ones, and up to £90 for “new old stock” with the marginally more useful Storm2 coming in at a little more.

A pair of handsets from Nokia’s “weird phase” in 2003, the Nokia 6800 series of devices attempted to make messaging easier by adding a large keyboard, while at the same time keeping the size and weight down to that of a standard mobile phone.

Both phones were derived from the original Nokia 6800 launched the previous year and copied the novel unfolding keyboard that it had pioneered. Cleverly hidden underneath the numeric keypad was a QWERTY keyboard which opened up by a hinge halfway up the screen. This led to the unusual layout of having half the keyboard on each side of the display.

The Nokia 6810 was a straight upgrade of the previous year’s phone, but adding Bluetooth in addition to the FM radio the 6800 had. The Nokia 6820 came with a basic CIF camera and a more compact keyboard which meant that the phone was more compact than the 6810. The 6820 was sold more to consumers, the 6810 was marketed at businesses – especially for email.

The 6810 and 6820 were certainly a triumph of industrial design and they certainly had the “wow factor” when opened up. However, the keyboard arrangement forced you to use two hands (unlike a contemporary BlackBerry) and the whole thing definitely looked rather strange.

They were a niche success in the end, and although sales were quite low these funny little handsets did have their fans. Two years later, Nokia tried the same format again with the Nokia E70. This was a much better phone all around, but it still failed to break the mould in the way Nokia would have hoped.

These handsets are quite collectable today, with prices starting at around £40 or so and going to up a couple of hundred for ones in perfect condition. They’re an interesting glimpse into what might have been, and are certainly testament to Nokia’s efforts in coming up with new ideas… even if you really wouldn’t want to be seen using one in the street.

Dial W for Weird: The Strange First Days of 3

Back in the early days of 3G handsets, it seemed that nobody really knew what the next-generation of mobile phones would look like. Companies such as Siemens came up with some wild-looking concepts which never made it to production. We take a look back to some of the early phones available on the fledgling 3 network in the UK, when handsets were scarce and phones were... weird.

Motorola was also a key player in early 3G handsets, with the A920 and A925 perhaps being somewhat recognisable precursors of today’s smartphones. In addition to 3G support, the A920 and A925 had a 2.8” touchscreen display, ran the Symbian operating system with the UIQ touch interface, and had GPS support and the single swivelling camera could be used for basic photography and video calling. Although the screen was relatively large for its day, the huge bulk of the handset dwarfed it and made it look relatively small.


Perhaps the most striking phone in 3’s early line-up was the NEC E808, which was one of those visionary devices that demonstrated that neither carriers nor manufacturers really knew what consumers wanted.

Rather beautifully engineered in black and chrome, the E808 had a full QWERTY keyboard and a relatively large 2.8” display along with both front and rear-facing cameras. It looked like a tiny laptop computer, but the reality was a bit disappointing. The large display only had a resolution of 162 x 132 pixels, and because 3 had a “walled garden” approach to the internet in most regions, you couldn’t actually browse the web. You could use the keyboard for text messages and emails, but the phone was too limited to do much else. You could make video calls on it though – this was a big thing for 3G networks – but in reality, hardly anybody did.


It didn’t take too long for NEC to come out with a more sober version of the E808 called the E808Y which transformed the elegant but enormous clamshell into something that looked rather more BlackBerryesque. Essentially though the hardware was unchanged other than its looks, and again it promised rather more than it could deliver.


But if you thought that the E808 misjudged the market... there was Nokia. Their mainstream 3G phone was the batshit-crazy Nokia 7600 which so fundamentally missed the needs of potential customers that it ended up being a high-profile disaster. The insane keyboard, tiny screen and lack of video calling just made it rather pointless.


Customers of that era would obviously want a Nokia, but they didn’t want THIS Nokia. There was another 3G Nokia handset available, the 6650. But you couldn’t have that. Oh no, that would be TOO easy. Even with heavy discounting, consumers stayed away from the 7600 in droves.


Admittedly these weren’t the only phones, but the NEC E606 and Motorola A830 were like the last kids to be picked for the team, and they were never going to win 3 any medals. By late 2003 there was finally a less awful handset in 3’s line-up, the NEC E616.

The E616 looked rather nice, although like all 3G phones at the time it was a bit large. Two separate front and back facing cameras delivered on the promise of video calling without having to swivel a camera around, there was expandable memory and a decent media player and the 2.2” screen may not have been very good but the 176 x 240 pixel resolution was better than most. The E616 did have a pretty rubbish main camera though at just 352 x 240 pixels, but this was rapidly replaced with the E616V which boasted 640 x 480 pixels.

It took a long time for 3G phones to be the standard – a big problem for 3G-only networks such as 3. The market took about 5 years to fundamentally shift away from 2G with the rise of the Android platform helping to drive high-speed data use. Today most these curious relics of early 3G telephony are still fairly easy to find and not expensive.