DEC were a pioneer in business computing, bringing powerful computers to medium-size business with minicomputers such as the VAX series (launched in 1977), hooked up to a dumb terminal.

In the twelve years since launch the VAX line had continued to grow and evolve with the times, but during the latter half of the 1980s it was becoming apparent that the underlying architecture was perhaps not what was needed for the 1990s.

Computer manufacturers were beginning to produce machines with more streamlined processors – Reduced Instruction Set Computers (RISC). High-performance CPUs were also being seen in microcomputers such as the Acorn Archimedes, but in particular the Sun SPARC processor was powering a new generation of Unix workstations which were competing successfully against DEC’s own business.

In January 1989, DEC announced the DECstation, their own take on a RISC-based Unix workstation. Unlike the DEC-designed VAX processor, the DECstation used a CPU bought in from MIPS. The original DECstation 3100 introduced in January 1989 was three times quicker than its VAX CISC-based counterpart, and given that DEC’s version of Unix (called Ultrix) was already a mature and widely-used product on VAXes it seemed that the DECstation had what it took to be successful.

Specifically, DEC was aiming the DECstation at the low-cost server and workstation markets. Both of these device classes were offshoots of the minicomputer that DEC had helped to pioneer. Much more powerful than PCs of the time, the DECstation and its competitors introduced technologies that didn’t find themselves onto most people’s desks until a decade later.

The DECstation could certainly have been a contender, but DEC itself was never really happy with a product that wasn’t 100% DEC all the way down, and after a couple of years of development DEC quietly abandoned the platform, instead switching to the DEC Alpha CPU in boxes such as the DEC 3000 AXP. However, MIPS-based DECstations were still commonly in use and supported by DEC throughout the 1990s.

They’re not the first thing you might think of as a collectable, but people do and a used base unit can cost around $500 or so if you are interesting in tinkering with redundant Unix hardware..

It’s easy to forget that recording TV shows 20 years ago was a major hassle for most people. VHS recorders could typically record just three to five hours in a strictly linear fashion. If you wanted to record from cable or a satellite box then it was tricky, and in any case if the show was running late for any reason you would miss it at least part of it. You also couldn’t watch something that you had already recorded while you were recording something else.


The introduction of TiVo in 1999 helped to change all that. Ditching the tape, the TiVo recorded on a hard disk which could initially store 35 hours of programming, but this quickly increased. You record and play back at the same time, pause live TV and the integrated Electronic Program Guide (EPG) made it much easier to find shows in listings and could help to prevent missed recordings. Some models integrated satellite or cable receivers too, an essential modern feature for many.

Twenty years on and time shifting and binge watching whole recorded series has become pretty commonplace, and although online services such as Netflix are eating into traditional broadcasting’s market share, TiVo’s fifth- and sixth-generation boxes now support those too, along with up to six tuners and 3 terabytes of storage. Would you want to try doing the same thing with a VHS VCR? Probably not... 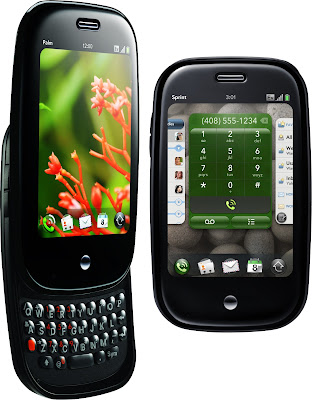 When Palm launched their Palm Pre smartphone half a decade ago, we were quite excited. Perhaps this was the phone that would have wowed consumers and changed the market forever. If it had been launched two years previously, that is.

Today, we still think the same. The Palm Pre was a brilliantly unique smartphone, which despite a few rough edges gave a user experience that was superior to anything else at the time. Designed from the ground up to be an easy-to-use multitasking operating system, the Pre’s webOS environment ran different apps as “cards” that users could swipe between easily. Comprehensive email support (which was important at the time), a decent web browser and even a reasonably large selection of apps were all available, combined with a cute curved design which made the Pre look very different from the rival iPhone. And it had wireless charging too, which was certainly a novelty for the time, and a physical keyboard set it apart from Apple's offering too.

Palm had been a pioneer – perhaps the pioneer – in early handheld computing. The Palm Pilot (launched in 1996) dominated that market segment, to the extent that the phrase “Palm Pilot” was sometimes applied to any PDA. But the rise of early smartphones such as the Sony Ericsson P900 effectively killed off standalone PDAs, and it took a while for Palm to respond with its range of PalmOS-based Treo smartphones that it acquired from rival firm Handspring.

A move into Windows phones hadn’t provided the boost that Palm was looking for, so they started to develop a completely new operating system called webOS. When it was launched in January 2009 along with the Pre, Palm still had enough market presence to have the phone dubbed an “iPhone killer” by the press (spoiler alert: it wasn’t).

Although the software environment was promising, the hardware was pretty shoddy. Palm fans who decided to be loyal to the brand were rewarded with brittle screens and cases, and keys and control sliders that would break or malfunction. This did not help sales.

The competition was also getting serious – the iPhone was in its second generation with the much improved 3GS on the way, HTC had already kick-started the Android market and Samsung was on the verge of releasing its first Galaxy smartphone. And if you didn’t want either of those, the Nokia 5800 XpressMusic was a pretty accomplished alternative. And all of those rivals had more apps to choose from than the Pre.

As good as it was – and even with the goodwill of Palm fans – the Pre was neither a success nor a failure. The Palm Pre 2 (launched nearly 2 years later) fixed many of those faults, but it was really just the product that Palm should have launched four years earlier. Even with the weight of new owners HP behind it, the entire line was heading for extinction.

WebOS eventually ended up with LG, who use it in smart TVs and other appliances, and the Palm name lives under today with the peculiar Palm Palm, made under licence by TCL who also build BlackBerry and Alcatel smartphones. Collectors of esoteric devices might be interested to know that the various generations of Pre can be picked up for between £10 to £50.

The follow-up to the successful and stylish T610, the Sony Ericsson T630 was a product of a partnership that was beginning to find its feet and come up with its own design language. An elegant candy-bar phone, the T630 had all the fashionable features you’d find in a mid-noughties feature phone, wrapped up in one of the best looking handsets designed up until that point.

One of the key problems with the T610 was the rather muddy STN display, but the T630 came with a beautifully clear TFT instead. On the back was a basic CIF resolution camera that had been tweaked to give VGA resolution pictures. Somewhat atypically for handsets in this price range the T630 had Bluetooth, it also supported Java downloadable games and customisable polyphonic ringtones.

But it was the way that the T630 looked that attracted attention, with the white version in a translucent case being a particular hit. The understated design showed attention to detail with a distinctive Scandinavian flavour, and it set a benchmark that future Sony Ericsson phones would use in terms of design language.

This combination of features and styling was a big hit with consumers, and the T630 continued the T610’s sales success, making Sony Ericsson a serious contender in this slice of the market for a time. The long battery life and reliability of the T630 also won fans, and many people clung onto their T630s for a long time.

If you are after a slice of nostalgia, the T630 can cost as little as £10 in good condition and there are a range of accessories that can be found do go with it such as car mounts, docking stations and even spare parts.