These days, almost every smartphone looks the same. But five years ago this month both Nokia and Motorola were experimenting with square smartphones with physical keyboards.

Motorola's take on the idea was the Motorola FLIPOUT, an Android smartphone with a little 2.8" 320 x 240 pixel display and a QWERTY keyboard that rotated out. Measuring 67 x 67 mm, the FLIPOUT was almost perfectly square apart from the rounded edges. Although it was a fully-featured Android device with GPS, 3.5G and WiFi, the small screen must have been severely limiting, and physical keyboards have since gone the way of the Dodo on most smartphones.

The quirky FLIPOUT was a bit of a flop at the time, but if this esoteric design appeals to you then new ones can still be had for less than €200 with used ones in various conditions coming in at about €70 or less.

In the same month, Nokia announced the Nokia X5-01 slider phone which wasn't as square as the Motorola and featured a 2.4" screen with the same resolution as the FLIPOUT. Unlike the Motorola, the X5-01 was a Symbian device. Symbian was a operating system much more suited to smaller displays, and overall specifications were very similar to its rival except the X5-01 lacked WiFi but had a better camera.

Unusual Nokia devices are always collectible, but the rareness of the Nokia X5-01 makes it very hard to obtain.

In the end, smartphones with tiny screens fell out of favour and on-screen keyboards such as SwiftKey and Swype meant that most people didn't want an actual keyboard. But perhaps the time is right for manufacturers to experiment with different form factors again?
at 23:19 No comments: 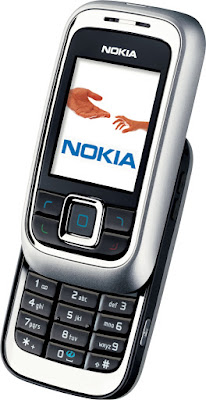 Nokia is not really well-known for slider phones, but ten years ago the little Nokia 6111 proved to be a popular and attractive device that had many fans.

There was some basic internet connectivity such as a WAP browser and email client, but this was a 2G-only device and nothing like the sort of smartphones we have today.

But perhaps the main selling point with the 6111 was the way it looked. The curved front and sides combined with the relatively thick 23mm casing made the phone look rather cute. In white or pink, the 6111 looked like a "girlie phone", but the black version looked more like a "boy's toy", which was quite a clever bit of design. 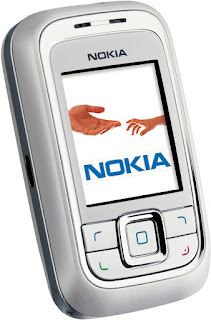 Back in the day, the Nokia 6111 was set to retail for €270 SIM-free before tax. Today, you can get a similar new handset for about one tenth of that price, or if you fancy the 6111 as a retro-classic then they are commonly available in good condition for around €30.
at 14:18 No comments: 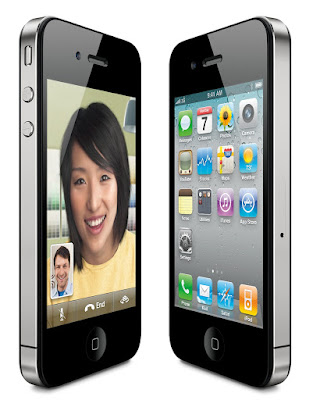 Announced five years ago this month, the Apple iPhone 4 was a complete redesign which introduced several significant new features, but it was not without its problems.

Physically, the iPhone 4 looked rather different from the previous models. A rather uncompromising and somewhat brutalist design, the new version of the phone had a flat glass back and the edge of the device also served as the antenna, giving it a distinctive look.

Although the display size was still 3.5", the iPhone 4 has a relatively high resolution of 640 x 960 pixels, giving it a display density of over 300 pixels per inch. Apple called this a "Retina Display" because most people would not be able to make out the individual pixels. The iPhone 4 basically had a comparable pixel density to some printers, so Apple certainly had something with a bit of "wow factor here".

Apple have always lagged behind a bit when it comes to camera megapixel counts, and the iPhone 4 was their first device to feature a relatively modest five megapixel main camera, and it was also the first Apple device to have a front-facing camera for video calling. The processor was also faster than previous versions, and the iPhone 4 went some way to addressing the battery life problems of older models.

As is traditional, the iPhone 4 brought a new version of the operating system, in this case iOS 4. This finally brought multitasking to the iPhone, something that had been sorely missed in previous generations. 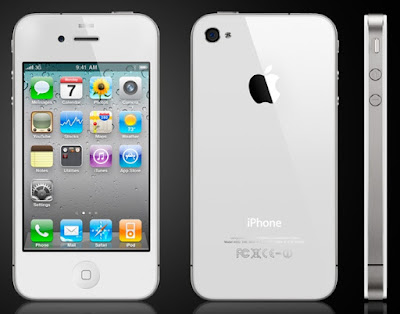 Despite all the improvements, the iPhone 4 is also remembered for problems with the novel antenna arrangement. If held in a certain way (bridging the WiFi and cellular antennae) then the phone signal would fade and cut out. Apple originally tried to play this down, but in the end it had to admit that there was a design flaw and it offered free "bumpers" to go on the outside of the phone, fixing the problem.

One other problem was that the white version of the iPhone 4 wasn't available at launch, and in fact it took nearly a year to come to market. Apple reportedly had technical problems with the plastics itself, and also the underlying camera hardware had to be altered because the sensor behaved differently in the white case.

The iPhone 4 set the basic physical format of the device for the next four years, in 2011 the iPhone 4s was a faster version, in 2012 the iPhone 5 stretched the display to 4" and was followed up by 2013's 64-bit iPhone 5s. It wasn't until 2014 and the iPhone 6 that we saw a significant redesign in the way the iPhone looked.