Half a decade ago the two up-and-coming platforms in the smartphone market with Apple’s iOS and Google’s Android. More mature rivals such as Symbian and BlackBerry were beginning to struggle, but the biggest loser was Microsoft’s Windows Mobile.

Just a few years previously, Microsoft was battling it out to be the biggest selling non-Symbian smartphone OS on the market, but the iPhone in particular made Windows look clunky and old-fashioned.. and then Android followed suit and Windows sales collapsed.

Microsoft could see that the dominance of the PC was being challenged by increasingly capable smartphones, and this represented a threat to their long-term business. Microsoft's response to this was to go away and completely rethink their mobile platform.

Not only did Windows Phone 7 look completely different from previous versions of Microsoft's mobile platform, but it looked utterly different from absolutely every other operating system too.

The home screen was the most obvious change. Featuring a matrix of active tiles rather than a row of icons, Windows offered much more information "up front" than rivals. The stark, minimalist and abstract design was both shocking and very logical at the same time. Windows used the idea of swiping left and right very heavily, which tooks a little getting used to. Digging deeper, and the same design philosophy was used throughout the Windows Phone experience, making it very consistent.

There was several drawbacks - firstly, Windows Phone could only run a single application at any one time. The iPhone had the same problem, but Apple were putting full multitasking into their OS while Microsoft had just taken it out. The other major problem was a lack of software availability.. applications for older versions of Windows Mobile did not run on Windows Phone 7, and many developers weren't keen on developing yet another version of their apps to run on Windows.

Windows Phone 7 was a bit of leap in the dark, but Microsoft persuaded HTC (with a bunch of phones), Samsung and LG to produce several Windows devices at launch. And also there was a lot of buzz around these new phones and the radical new OS at the time, consumers were much cooler on the idea and sales remained very low.

Despite Microsoft's efforts, they found it very difficult to get any market traction. But in February 2011, Nokia announced that they were going to move to Windows Phone for their high-end devices.. but it was October 2011 before we saw the Windows-based Nokia Lumia 800. And even with the "Nokia" name on it, sales were still very small.

But Microsoft were not standing still. In 2012 the Windows 7 user interface was applied to Windows 8.. on mobile, tablets and PCs. Windows Phone 8 looked very much like Windows 7, but underneath it was based on Windows NT (like the desktop version) rather than Windows CE (as all the previous mobile versions had been). But Windows 8 is another story altogether..

Despite being a disappointment in the market, the design of Windows Phone 7 has been hugely influential. Rivals started to declutter and simplify their mobile OSes, following the cue from Windows, and as a result all modern mobile OSes are somewhat simpler, flatter and less fuss than before. Who knows, perhaps one day Microsoft will actually see a real sales success with today's Windows Phone 10?
at 19:12 No comments:

A decade ago, Nokia had a reputation for making practical if slightly dull mobile phones. But occasionally the Finns liked to let their hair down and produce something different... and the Nokia L’Amour range from 2005 was certainly different from the norm.

The range initially comprised of three phones: the Nokia 7360 monoblock, the 7370 rotator and the 7380 “lipstick” phone. All of these phones featured a patterned case, and had a little fabric label sticking out of the side to mark it out as a fashion item.

Out of these, the 7360 was the most straightforward being a fairly basic but quite attractive device in four colours (brown, amber, pink plus a black/chrome combination for the boys). It only had a 128 x 160 pixel display and a VGA resolution camera, but it did come with an FM radio.

The next model up was the 7370 phone with a rotating screen, featuring a much better QVGA display and camera. You could operate most of the functions of the phone with the keypad hidden, and this was a much more “girlie” device than the somewhat gender-neutral 7360. Rotating phones were always quite rare compared with sliding phones of the same era.


Topping out the range was the Nokia 7380, in an even more unusual format “lipstick” or “pen phone” format. Nokia had made a similar device the previous year, the art deco style 7280 but the 7380 had a better specification and a more feminine design than its predecessor.

The 7380 didn’t have a keypad, but instead the main way of using the phone was an iPod-style rotator. The small 104 x 208 pixel screen had a mirrored finish, so you could do a quick lipstick check with it if you wanted. There was a 2 megapixel camera and it had an FM radio like the rest of the range.

Despite the minimalist feature set, the 7380 was longer than the 7360 (although much narrower) and almost as heavy. But the 7380 (like the 7280 before it) is a device with a phenomenal amount of “wow factor”.

Priced at €500 before tax and subsidy at 2005 prices (the equivalent retail price today would be about €750 or £550) the Nokia 7380 was quite an expensive device for something with such limited functionality. It's worth noting that Siemens had tried and failed with a similar approach with the Xelibri series launched in 2003 and dropped in 2004, and those were half the price of the Nokia.

Both the 7380 and the 7280 that preceded are both rare and desirable handsets today with current prices upwards of about €130 up to €400 depending on condition. The other two devices are more commonly available with prices starting at less than €50.

These radical designs certainly make an antidote to the slabby smartphones of today.. perhaps some daring manufacturer would like to revisit the concept? 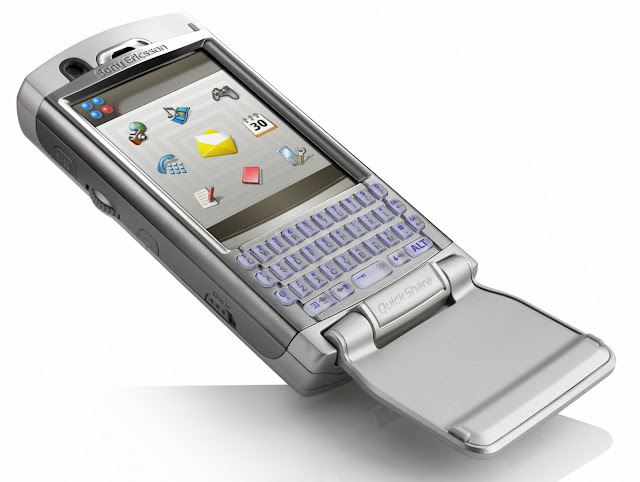 Back in the early noughties, if you owned a smartphone with a touchscreen, then there is a good chance that it would have been a Sony Ericsson P-Series device.

The P990 generated a lot a excitement ten years ago. Running the UIQ 3 flavour of Symbian, it features a 2.7" 240 x 320 pixel touchscreen display with a physical QWERTY keyboard that was hidden behind a flip. The P990 (sold as the P990i in Europe) had WiFi, 3G support, expandable memory and a two megapixel primary camera with a secondary one for video calling. It even had a FM radio.

Announced in October 2005, it was slated to ship during Q1 2006.. but in fact it didn't start to ship until the second half of the year. Worse still, the software was extremely buggy at launch, so users needed to update the software after they received it.. and even so the user interface had a reputation for being difficult to use. And then to cap it all, Sony Ericsson stopped providing updates for the phone less than a year after it started shipping.

Overall, the P990 was something of a disaster.. and it managed to alienate a lot of people who had been loyal fans of the P-series up to that date. At a 2005 price of around £585 / €850 (equivalent to £780 / €1060 today) it was an expensive device too. Sony Ericsson followed up the P990 with the P1 launched in 2007, but that found itself competing against the new Apple iPhone and the P1 was the last in the line of P-series smartphones.

P990s are commonly available today, starting at around £30 or €40 in working condition. You could buy all five P-Series smartphones for about £150 or so.. if you wanted!
at 19:40 No comments: 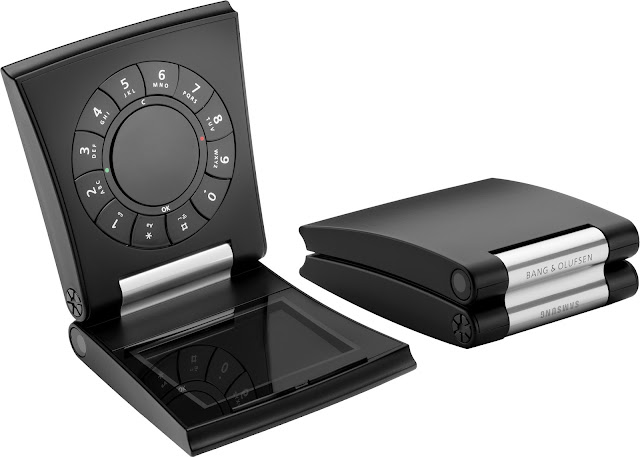 Imagine you that were designing a mobile phone but you had never seen one before.  You knew what components you had to include, but otherwise you had a blank sheet of paper.

The Bang & Olufsen Serene (also known as the Samsung E910) is such a phone. It’s a flip phone.. but the screen is at the bottom, so it doesn’t get greasy when you make a phone call.

The keypad is integrated into the loudspeaker, so it has a retro rotary layout. The aluminium hinge makes the Serene look more like a folding wallet than a folding phone, and even the charging station is a work of art.

Designed by B&O and built by Samsung, the Serene was a very simple phone at heart which was designed to make phone calls, send text messages and take pictures with the basic digital camera. It had Bluetooth, but surprisingly it couldn’t play MP3s (given B&O’s reputation for advanced audio systems). 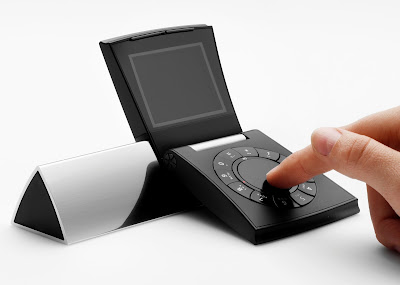 It was an expensive and exclusive device, costing €1000 and with retail availability through B&O’s own stores only. It was never meant to be a big seller, and it is quite a rare device to find today, with prices ranging between about €140 to €550 depending on condition.

The Serene was probably more of a design success than a sales success, it was far more style over substance. However, this Samsung/B&O joint design was certainly more memorable than the awful Motorola/Apple ROKR announced the previous month.

Two years later B&O and Samsung announced the Serenata, a similarly upside-down phone with a better specification. But that found itself competing directly against the first-generation iPhone.. and the iPhone won.