It is 1979 and the dawn of the Golden Age of Arcade Games. The same technology that was bringing microcomputers such as the Apple II into homes and businesses was also revolutionising the Arcade with sophisticated machines that could prove very popular… and profitable.

Taito and Midway had launched the highly successful Space Invaders game a year previously, and now it was Atari’s turn. Based on the inexpensive but versatile 6502 processor, Lunar Lander was quite a different game.

The basic idea was simple enough – the player had to place a lunar lander module on a flat part of surface of the moon without running out of fuel or crashing out of control. In practice it was pretty tricky.

The idea wasn’t a totally new one as versions of the game had been around for a decade or so. Earlier versions of the game were mostly text-based and concentrated on balancing fuel and thrust. In 1973 DEC produced a graphical version running on a PDP minicomputer hooked up to a GT40 video terminal. Atari took the concept one stage further with an arcade version based on similar principles.

In addition to the 6502, the Atari version of the game – like the DEC version before it – used vector graphics rather than raster graphics. Without going into detail, an old-fashioned cathode ray tube can work in two ways: when used as a raster device it can make a picture by drawing hundreds of individual lines, commonly used in TV sets. But instead of drawing hundreds of lines, the electron beam can actually be directed anywhere on the CRT with the right hardware to draw a pin-sharp line between two locations, something you might see in an old-fashioned laboratory oscilloscope. Vector graphics can be appealing if you have limited hardware to run on, but they also look rather good and space-age which is especially appealing in a game like this.

It looked brilliant, the game-play was compelling and addictive and it is probably no surprise that Atari had a hit on its hands. However, it was soon eclipsed by a new Atari came based on similar hardware called Asteroids. Asteroids knocked Lunar Lander out of the park when it came to sales figures, shipping nearly fifteen times the number of cabinets.

There are plenty of versions of Lunar Lander around today, original cabinet versions are pretty hard to come by with prices of $4000 being typical. Or you can play a free version in your browser right here.

By the summer of 2009 the technology used in smartphones was racing ahead. The third generation iPhone offered a beautifully seamless experience, Google's Android platform was catching up fast, Nokia’s market-leading Symbian OS had made a successful leap to touchscreens and the Linux-based Nokia N900 had been announced too and showed plenty of promise.

Great although these device were, they were all a bit small. Generally speaking, if you wanted something bigger then you’d be looking at a full-blown laptop or perhaps a smaller and cheaper netbook. And although a netbook was a practical thing with a variety of uses, they were very fiddly to use while out and about and lacked the “work anywhere” capabilities of a smartphone.

Nokia’s solution to this was the Booklet 3G, a high-quality lightweight device in an elegant aluminium case and with a high-resolution 10.1 inch screen. Powered by a 1.6GHz Intel Atom CPU with 1GB of RAM and a 120 GB hard disk, the Booklet 3G was designed to run Microsoft’s new Windows 7 OS.

In addition to WiFi, the Booklet 3G also came with a SIM card slot (as you might guess by the name) providing the potential for always-on connectivity through its 3.5G HSPA connection. Assuming you had a decent data plan, you could use the Booklet 3G seamlessly almost anywhere.

Nokia certainly showed everybody else how this sort of device should be done, but of course you might notice that we’re not all sitting around using Nokia Booklet 5Gs today. The problem was that just a few months after Nokia announced the Booklet 3G, Apple came out with the iPad. With a similar-sized screen to the Nokia, the iPad essentially upscaled the iPhone. And in this particular battle, it was the iPad that won.

Nokia had access to pretty much the same technology and resources as Apple, but Apple but it all together in a different and much more compelling way. Nokia didn’t make a direct successor to the Booklet 3G, however they did venture into a similar market with the excellent but ultimately unsuccessful Nokia Lumia 2520 in 2013. Meanwhile, Apple have a 38.1% share of the tablet market, but interestingly that market has been in decline for a while now.

Today, the Nokia Booklet 3G is a pretty uncommon find for collectors, with prices for decent examples being £150 or so. The problem with the Booklet is that Windows 7 goes end-of-life in January 2020, and although it does seem technically possible to install Windows 10 it does not seem to be a straightforward proposition. Still, for collectors of esoteric Nokia products the Booklet does seem tempting.

The Samsung i530 is one of those handsets that appears to have popped in from a parallel reality. A clamshell smartphone with a touchscreen, the i530 was one of a small number of mobile phones to run the Palm OS operating system.

Flaws – well, it had those. The i530 lacked any sort of high-speed data and the fact that it came with two batteries probably told you what you needed to know about battery life. As with all other Samsungs of the time, the i530 lacked Bluetooth. And at 190 grams it was a bit hefty for its day too. But perhaps the biggest flaw was that you couldn’t actually buy one… but we’ll come to that shortly.

Samsung had some form with Palm OS smartphones – the SPH-i500 launched in 2003 on the Sprint network in the US showed promise. The i530 added a much better screen and a camera and supported GSM networks rather than CDMA.

Palm OS had been around for a while – first debuting in Palm’s own Pilot 1000 and 5000 in 1996. By the term of the millennium the phrase “Palm Pilot” was pretty much synonymous with handheld computing. Palm themselves had missed the emergence of smartphones altogether, but there was certainly demand for a wireless-enabled Palm OS device, and that was the niche Samsung were aiming for.

So really all the ingredients were here for the i530 to be something of a hit, especially for Palm OS fans who wanted something practical as a mobile phone. But the i530 never got that far. And here the story takes a weird turn.

Samsung is a long-standing sponsor of the Olympics, and they took thousands of i530s to the 2004 Athens games and handed them out to officials, VIPs and athletes. And that was the first and last time anyone ever saw the Samsung i530.

Samsung didn’t stay in the Palm OS market for long. The CDMA SPH-i550 planned for released on the Sprint network was dropped, the SCH-i539 turned up only in China. Palm themselves got into the smartphone market by buying a small rival called Handspring, but Palm OS was fading away by this point and eventually it fizzled out.

If things had worked out differently, we could all be tapping away on Palm OS devices today. But we are not, and Samsung’s involvement with the platform has largely been forgotten. Despite several thousand Samsung i530s being built, they seem to have vanished completely and if you want to add this oddity to your collection then you are probably out of luck.

Ten years ago this month, Nokia had the opportunity to bend the high-end smartphone market to its own will with the launch of the Nokia N900. Instead it failed to make the impact it needed, and it set off a chain of events that would smash Nokia’s dominance of the industry and nearly wipe its handsets out of existence altogether.

We’ve examined the failure of the N900 before, on the fifth anniversary of the launch of the device. Half a decade on has – if anything – made it more obvious that Nokia’s failed strategy left a huge smartphone-shape crater in the landscape.

It wasn’t a bad device, not at all. Nokia’s fourth-generation device running the Linux-based Maemo OS was mature and certainly capable enough to compete with Apple’s iPhone and Google’s Android. A big screen and decent overall specs made this an attractive device, and of course Nokia had a lot of market goodwill. It should have been a success, yet it wasn’t.

Although it was probably better than the first-generation Android devices it was up against, the N900 certainly lacked the sleekness and polish of the iPhone. With the slide-out keyboard it was physically bulky, the resistive touchscreen was significantly less capable than Apple’s and the user interface lacked the elegance of iOS even though it was more capable. Not quite a killer device, but somewhere close.

But perhaps crucially, Nokia kept referring to the N900 as stage “4 of 5” of the development of the Maemo platform. While this would forgive the feeling that the N900 was something of a work-in-progress, it left customers with the impression that an even better device was in the works. Given that the N900 wasn’t cheap, waiting for stage “5 of 5” seemed like a decent option. 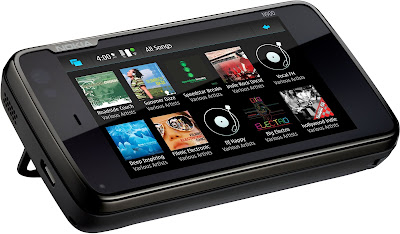 But Nokia never launched another Maemo device. There was no stage “5 of 5” around the corner. Nokia partly sabotaged their own product launch, and then failed to improve on it. Instead, Nokia’s highly anticipated announcement about the future of Maemo in February 2010 turned out not to be a new handset, but an announcement of the eventually disastrous merger with Intel’s Moblin OS to create a new platform called MeeGo.

MeeGo did eventually bear fruit with the excellent Nokia N9, but by mid-2011 – nearly two years after the launch of the N900 – it was an irrelevance and had already effectively been cancelled.

Bad planning, a lack of resources and a basic absence of common business sense killed off the product line, and it was such an important product line for Nokia too. CEO Stephen Elop ditched both MeeGo and the popular Symbian OS and bet everything on Windows. It failed.

Nokia also declined to get involved with Android which was the operating system that would eventually eat Nokia’s market share. A short-lived dalliance with Android in 2014 was shuttered when Microsoft bought Nokia’s handset business – and that too was closed down with the remnants spun off into a new venture called HMD Global who make Nokia-branded Android phones. HMD have been moderately successful in terms of sales, but perhaps more importantly they demonstrated that Nokia could perhaps have succeeded in the crowd of Android manufacturers that sprung up.

These days the N900 is a quite collectable handset, with prices for good and unlocked models being about £200 or so. Oddly enough that’s a lot more than the highly successful iPhone 3GS from the same era.