At the start of 2010, the Apple iPhone had been on the market for two-and-a-half years and a bit of a slow start it was becoming rather popular, along with its rival Android platform.

But although modern smartphones were easy to use for some tasks, their small screens could be a pain. Go bigger and you might end up spending a lot of money on a notebook computer which would take ages to boot up.

There were other solutions, and as ever it was Nokia who were exploring them. The elegant Nokia Booklet 3G took and inexpensive small notebook design and added seamless 3G connectivity along with the advantages of a 10.1” display. And five years previously, Nokia had introduced something called an “Internet Tablet” with a relatively large 4.1” display running a version of Linux.

Nokia had all the technologies it needed to take the next step in personal computing, but it hadn’t put them together in the right way. However, in January 2010 Apple put together all the available technologies to come up with a product that people hadn’t realised that they actually wanted until that point – the Apple iPad. 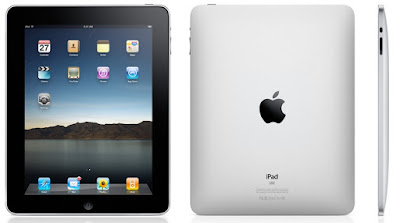 Rumours had been flying around for a while about some tablet-based computer, but there were few solid details. In fact, the smart money seemed to be convinced that the device was going to be called the Apple iSlate (a trademark that Apple actually owned). But overall Apple's veil of secrecy about the new device held.

The iPad was as easy to use as the iPhone but had a 9.7” display, was just 13mm thick and weighed only around 700 grams. Priced at between $499 for the basic 16GB WiFi-only version to $829 for a 64GB one with 3G they weren’t exactly cheap, but they were still good value compared to a lot of laptops.

Of course, the iPad lacked a keyboard or mouse (but it didn’t take long for Bluetooth keyboards to come out), however the main flaw with the iPad was that it didn’t support multitasking, so you couldn’t run multiple apps at once. This was eventually fixed in iOS 4.2 launched in November 2010, but to begin with it was certainly a handicap.

Regardless of the flaws it may have had, the iPad launched in a blaze of publicity and it was a massive hit – selling 15 million units before the launch of the iPad 2. Unusually for Apple, it had only a short lifespan for software updates with the last OS upgrade coming out in May 2012.

Several generations later and the iPad is still a strong seller, however sales peaked in about 2013 and have been in decline ever since. Part of this apparent decline is probably due to smartphones becoming more capable – the iPhone 11 Pro Max has a 6.5” display for example – and also people replace tablets less often. Despite many competitors coming along (and mostly failing) Apple still has more than a third of the market it essentially created.