Launched in Japan forty years ago, the VHS video tape recorder standard helped to revolutionise they way we watch TV worldwide. But despite twenty years of popularity, VHS tapes are seldom seem today.

Developed by JVC, VHS found itself going head-to-head with Sony's Betamax in the early days (the so-called "Format War") plus a number of less well-known formats. VHS was cheaper and offered longer recording times, but Betamax had better picture quality and more compact cartddges. In the end VHS won and became de facto standard worldwide.

VHS had drawbacks though, often suffering from poor picture quality and the inconvenience of having to rewind the tape when you had finished.. and if you've ever rented a movie to find that the previous user hadn't bothered then you'll know how frustrating THAT was.

The relative ease-of-use and cheapness of VHS meant that it remained popular until the later 1990s (with product continuing well into the 2000s), despite several attempts to popularise something better. In the end it took two devices, the DVD player and the DVR to finally kill off VHS. Today, even those devices are being threated by video-on-demand services such as Netflix and Amazon Prime.

Even in the 1980s one of the main shortcomings of VHS was clear - the size of the tapes. The plastic case that movies came in typically measures 202 x 125 x 30mm or so which is essentially the size of a hardback book. Tape for home recording were a little smaller, but still bulky. Ten movies on VHS would require about a foot of shelf space to store, so if you enjoyed such things then you could soon run into problems with actually finding somewhere to put them. A single DVD package took up just half the space, and for things such as TV box sets you could easily put several episodes on one disk and squeeze two disks in one box without making it bigger. Modern BluRay packing is smaller still. Even then, DVD and BluRay storage can be a pain which is probably one of the reasons that digital distribution is growing in popularity.

But what do you do with old VHS tapes? You can't even give them away these days, and they are generally not accepted for recycling, instead they are destined for landfill. Companies such as Terracycle in the UK offer paid solutions to recycle VHS tapes but the process is not cheap. In fact the whole issue is a nightmare for the environmentally conscious, but there are some more.. errr. creative solutions out there.


Image credits: Tumi-1983 via Wikimedia Commons and Daniel Bagel via Flickr
at 22:24 No comments:

Email ThisBlogThis!Share to TwitterShare to FacebookShare to Pinterest
Labels: 1970s, 1976 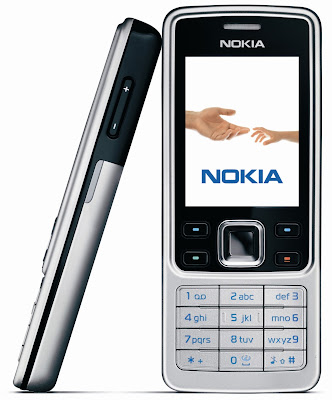 A decade ago this month, Nokia announced one of their most iconic features phones - the Nokia 6300. Compared with advanced smartphones such as the N95 announced a few weeks before, the 6300 was rather simple and low-tech... but it provided customers with exactly what they wanted and was a huge success.

A very slim device for its time, the Nokia 6300 was also elegantly designed with classic understated good looks, lots of brushed metal and with highly usable ergonomics. The 2" QVGA screen seems small by today's standards, but was ahead of most of the feature phone competition of the time. The Nokia 6300 also had a microSD slot, music player, Bluetooth and a reasonably decent 2 megapixel camera.

The Series 40 operating system on the 6300 was familiar to Nokia fans and very easy to use. Although not as sophisticated as a smartphone of the type, users could still download Java applications such as games and customise it a little. The whole thing created a package that was ideal for people who wanted a little bit more than a basic mobile phone, and who still wanted it to be good looking and easy-to-use.

On the downside, there was no 3G or WiFi support and no GPS either. Most consumers didn't really seem to want those things though, and it did mean that the 6300 was only a fraction of the cost of the state-of-the-art N95. A reported 35 million units were shipped, testament to Nokia getting this particular handset exactly right.

Arguably, Nokia never did manage to come up with a feature phone as iconic this afterwards. The 6300 remained on sale for two and a half years, and there was some sadness at its eventual passing. Today, Nokia 6300 handsets in good condition are commonly available for under €40. Admittedly you can get new "Nokia" handsets with a slightly better spec for the same price, but the 6300 is a bit of a design icon and surely much more desirable?