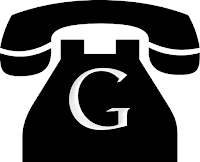 Just over ten years ago, Apple announced the first iPhone. But shortly after that rumours started to swirl that Google was working on a platform of its own. The then managing director of Google Iberia laid out plans to Spanish news site Noticias which presumably were meant to be a secret.

14/03/07 - Estefanía Pérez
Isabel Aguilera, General Manager of Google in Spain and Portugal, has confirmed to Noticias.com that the company is working, "among others", in the development of a mobile phone. "A part of the time of our engineers we have dedicated to the investigation of a mobile phone to access information," Aguilera said.

Speculation about Google's possible entry into the area of ​​mobile phone design and sales came after the company recently posted a job advertisement seeking engineers and analysts in the telecommunications industry. In that same claim, Google specified that it is undergoing experimentation with various wireless communications systems.

In a conference on the integration of the Internet into business strategy, organized by the Association for the Progress of Mediterranean Area Management, Isabel Aguilera explained to Noticias.com that while 70% of engineers' time is spent "To develop our core business, that is, search and advertising," and 20% to develop "products that have enough to do with this core," it is true that 10% of that time is focused on development Of products "that at some point could have to do with our business."

Within this last area, Aguilera has indicated that "it has been investigated" in a mobile phone through which you can "access information", as well as "how to extend the information society in less developed economies ". In this sense, the Director General of Google in Spain and Portugal has pointed out that although "there may be products that may seem strange, they are all part of our innovation process."

At the moment, the search engine has 36 products and "18 others that are in the laboratory" and, therefore, undergoing experimentation, among which would be the mobile phone.

At the time we speculated over the possible features of a Google phone, and concluded that it would probably be a Linux-based phone with applications tightly integrated into Google services such as Gmail, Maps and Calendar once the user had logged in with their Google account. This seamless connectivity seemed pretty advanced for the time, but it is essentially what Google delivered.

We also speculated about possible partners, and in the end we thought the Nokia was the most likely.. but in the end they were one of the few major manufacturers not on board. It took another eight months for an official announcements to come out, naming the operating system as Android and the first handset (the T-Mobile G1) appeared in September 2008, a year and a half after the first rumours.

Almost immediately after Android came to market, it began to fragment with manufacturers doing their own thing. Google responded to this problem in 2010 with the first of a series of "Nexus" devices made with various partners, and in 2016 it went the whole way and launched a phone in it's own right, the Google Pixel.


In 2017 around nine out of ten new smartphones run Android, and almost all the rest are iPhones. Windows, BlackBerry and other platforms have been squeezed out almost completely, and profit margins have been squeezed too. Apple seems to be the only company consistently making any money, but as far as consumers are concerned Android has brought a huge variety of choice for people on all sorts of budgets and has helped to transform mobile computing completely.